Diet Ghosts Present: I Don’t Care What You Did Last Summer 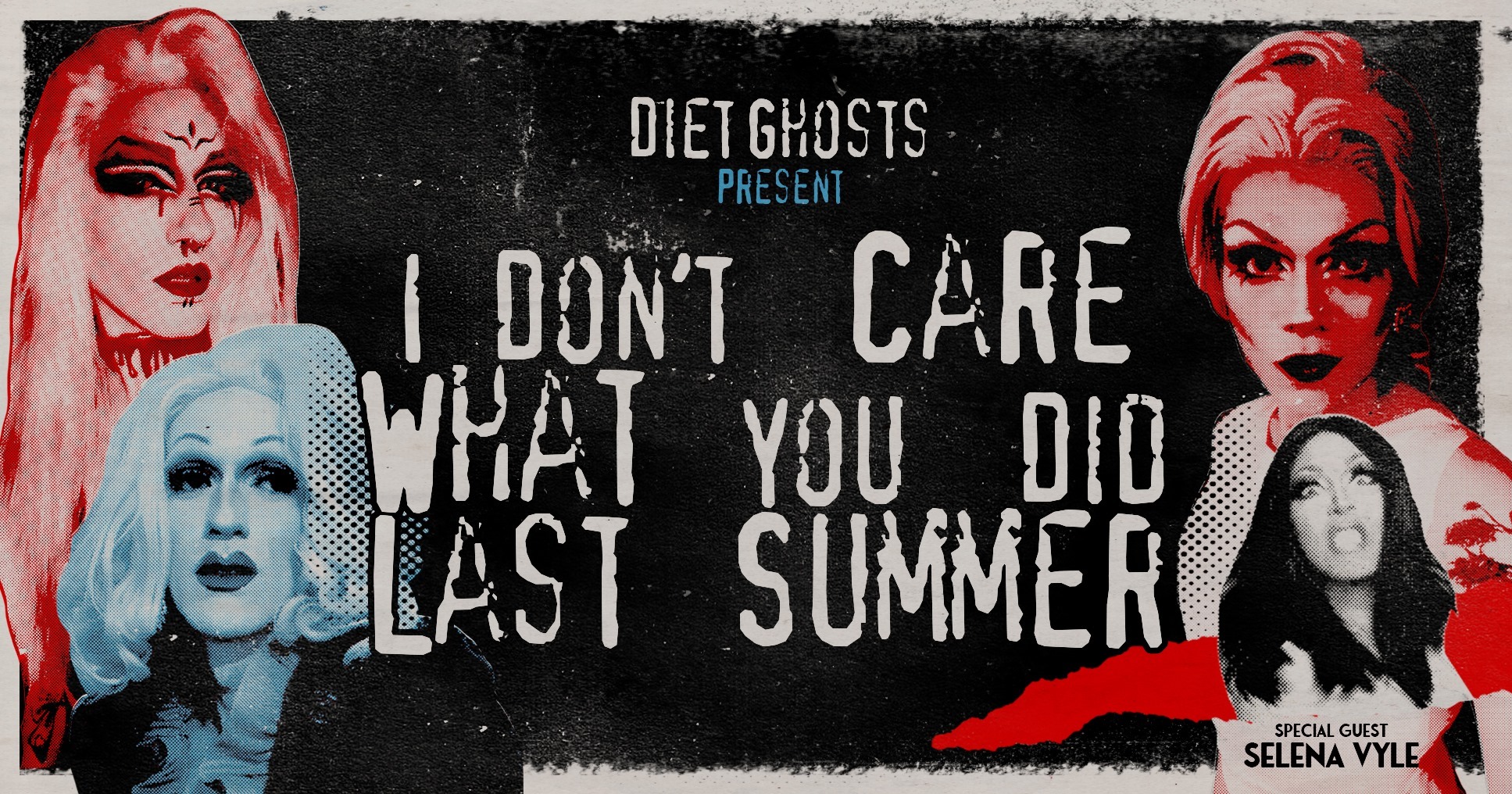 For the last year, four friends have kept a secret- but secrets don’t make friends, and a secret friend is coming back for vengeance. Don’t answer the door. Don’t answer the phone. Don’t let it go to voicemail either- your answering machine is already full… Full of MURDER! Will the threat of violence cancel our house party? As if! Dial back the clock to an era before the Y2K bug launched us into the darkest timeline. A time of frosted tips and boy band hits. Oh snap.

Coming to the Beaver this summer

Bearonetta will be guarding the front door, keeping out narcs

Dress code is 90’s house party bloodbath. Don’t just give us Grunge or Saved By the Bell Preppy- glaze it with a horror film fantasy. Are you a cadaver or a cold-blooded killer? It’s up to you.

[The Beaver is unfortunately not an accessible venue (one step at front door, four stairs leading to bathroom)]